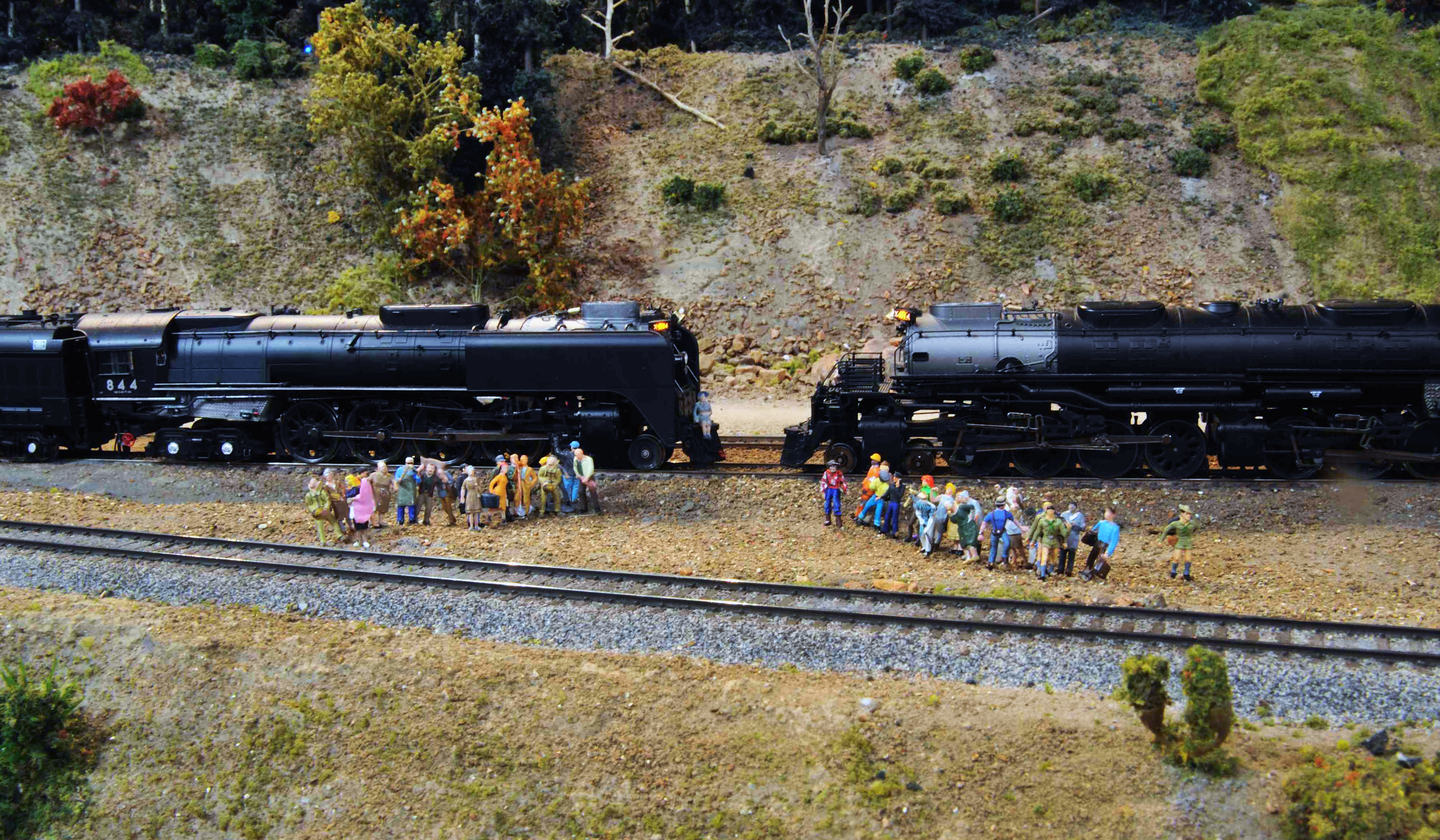 CMRM will Celebrate 10th Anniversary on May 25th

Memorial Day weekend marks the museum’s 10th anniversary. We will have some special events for both our guests and our loyal visitors. The Scale Junkiez, a scale model car club of Colorado will be joining us with a display, and of course we will have cake. We will also have special customized merchandise which will be revealed soon!

Our Mission Statement: To provide a model railroading experience that educates, inspires, and brings joy to all ages.

In the Winter edition of Inside the OC&E, we presented a list  of some of the accomplishments by the Colorado Model Railroad Museum in its first ten years of being open to the public.  The list is awe-inspiring, especially when compared to other museums of similar size and geography. I think many of our  members, volunteers, and supporters believe the museum is unique and can’t be compared to any others.

The museum founder, David Trussell, presented the community with an extraordinary gift ten years ago. Dave is still active with some museum activities but has mostly passed the baton on to another group of leaders. Some of these leaders are formally recognized as such, but in reality, every one of us who has helped the museum in any manner has helped make it one of the best.

So, what do we do next? Organizations like our museum need to continue to grow and move forward for several reasons, among them, to attract new and returning visitors, and to replenish the ranks of volunteers, supporters, and members. However, too much change will burn out even the most dedicated, so the leadership must strike a happy balance and try to satisfy everyone. Here are some ideas that I’ve heard and discussed at various levels of the organization.

The Oregon, California and Eastern Layout

The OC&E model railroad, of course, is the primary reason for the museum’s existence. Without the layout, there would be little reason for visitors to come in the door. The majority of the volunteer hours accumulated in the past ten years have been spent operating, maintaining, and enhancing the layout. Additional funds are being allocated by the board to support the reliability of the OC&E and the trains that run on it.

However, how do you improve on perfection? Maybe to a visitor who returns infrequently, the outward appearances haven’t changed much. However, on the inside, there is constant change; the electrical and DCC systems will continue to evolve as new equipment is available, and we see ways to incorporate new technologies. The locomotive and rolling stock fleet regularly see improvements, especially with some of the recent partnerships the museum has forged with some of the leading model manufacturers.

For the layout’s scenery and track design, there hasn’t been a reason to change much, and there are too many other concerns to worry about than to change something just for the sake of changing. You’ll see minor details being improved, or

maybe you won’t notice them because they’ve been done in a way that blends in with what has been there.

It’s going to be very important in the future for new people to be involved with the inner workings of the layout. An unfortunate fact of life is that nobody can be involved with a volunteer organization forever. We’ll need to pass the skills and knowledge the current volunteers have learned to the next generations.

Maybe some of the layout changes that occur aren’t actually on the layout, but part of the supporting infrastructure. Perhaps someone will have the crazy idea to build something like a locomotive simulator that would give OC&E train crews a different perspective when running the railroad. It could be a unique attraction that would bring in new members from all over the country.

One of the significant accomplishments the museum has made in the last ten years was to acquire the warehouse building to the south of the main building. While the building is not normally open to the public, it provides the ability to hold special events and includes storage for museum items that aren’t currently being displayed.

Another recent acquisition has been the Great Western right of way that runs on the west side of the museum building and parking lot. The lease with OmniTrax (Great Weastern Railway’s parent company) is signed and is in effect (99-year lease at $1 per year). There are necessary restrictions on the museum’s use of the right of way under the contract, but it does meet our fundamental expansion needs. The railroad will need to pull up the track because there is some good 90-pound rail that the railroad can use elsewhere.

We are in the process of re-platting the property that will include the alleyway between the two buildings. The city currently owns that alleyway bisecting our two properties, but the plan is for the alley to become ours. When the platting is complete, the entire property will be referred to as “Trussell Junction.”

The City of Greeley is exploring many different ideas for enhancing downtown. This proposal might involve the area around the museum that would make the Colorado Model Railroad Museum even more part of the community. The idea is a long way out; but it is an exciting opportunity. If anyone